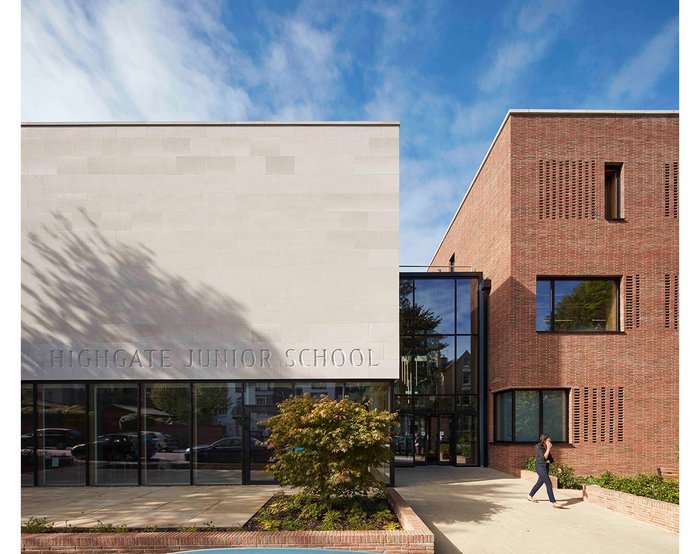 New works commemorating benefactors were displayed at the opening of Winchester College Treasury. Alec has carved a beautiful stone bench outside the Warden's Stables building and etched glass panels for the interior now converted into a state-of-the-art museum for the College's collections.

The Treasury is open to visitors: for admission information see www.treasury.winchestercollege.org

Alec carves architectural lettering in Portland stone for a new building in London.

Alec designed unique architectural lettering to be carved directly into a new building's Portland stone fascia - it's not a 'font' or type face.

The lettering style was designed specifically to compliment the scale of the natural stone building, creating an impressive and functional entrance feature.